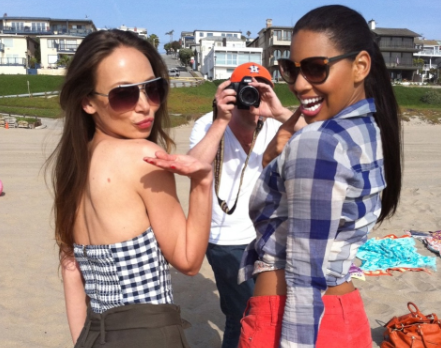 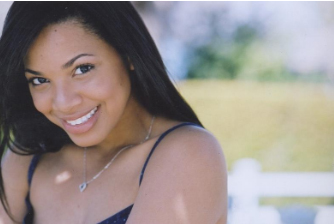 I can’t tell you how many times that I have started a Blog, and never finished it. I once started a blog, Decode Hollywood, when I first moved to LA in 2007 after pursuing a career as a Broadway Star in NYC. I thought to myself, surely I would be able to make it in 4 years, just like school. Freshman year you’re the new kid; you’ll make new friends and connections, find a mediocre agent or a manager if you’re lucky, and get in the acting class that looks good on your resume. Sophomore year you are building your theatrical reel by partaking in student films, and getting a commercial or two. By now, you have definitely gotten your SAG card and you are ready to move on to a bigger agent. Junior year you already have 3 Co-stars under your belt, about a zillion national commercials, and have been on a red carpet or two.

Senior Year you have been poached by Agencies like CAA, Endeavor, Willam Morris and the like, because you ARE the new IT girl. And come graduation you are in the next big Blockbuster film starring directly opposite Will Smith. Sounds Crazy? I didn’t think so…until I thought so. I ditched my Decode Hollywood Blog real fast, and just started doing Me. Which wasn’t much, sadly.

When I first moved here, I worked at LA Fitness in Woodland Hills. I went from making $350 an hour as a fit model in NYC to making $9.50 an hour working at a place only so I could get a free gym membership, and had a manager who only promoted people who he slept with. We butted heads a lot until finally I stormed out with a big, “I QUIT!” and had no job to replace it. Oops. I don’t remember how, but I was pointed in the direction of extra work. And I thought, “Yes! This would be my big break!” Someone would see me and say, “YOU! Say this line for us!” and then casting directors everywhere would ask, “Who is this girl? We must find her!” Wow. I lived in New York for 6 years. How could I possibly be this naive?

Well it didn’t work like that. Not at all. I made $64 a day, which was roughly $8 and hour, but then when taxes came out, it was something like $48. And to boot, the greatest torture for any actor is to be hired as an extra while you are watching the lead actors get paid thousands of dollars per episode doing the thing you want to do most. I felt ashamed and embarrassed, and so I put on a happy face. My family thought I was doing so well. “Oh yeah,” I said, “I was just on the set of Hannah Montana,” and, “Today? I’m one of the models in a scene on this new Bruce Willis movie.” Yeah I was a model alright, but in the way way way back, that you’ll only see as a blur that walks past your movie screen by the time you see it.

Extra work was the start of my darkest days in LA. See at LA Fitness, at least I looked like a star, but as an Extra, I was literally referred to as “Background.” It was tough, but you know what? It taught me a very hard skill to acquire—the hustle. I made a pact with myself, “Kristen, you will not be an extra forever. As soon as you get your SAG vouchers, you are OUTTA there, and you don’t go back. Do you understand?” Understood. It took me 8 long grueling months of extra work almost everyday, but finally, and opportunity arose. The featured Sag Extra for the day, dyed her hair blonde, when she was booked as a Brunette.

The lead actress on the show Dexter was Blonde, and this was not gonna work. “Oh please, please, please pick me.” I prayed to myself as I stared down the AD as he went down the line of extras that he had to choose from. “You, what’s your name?” “Kristen,” I said. “You are going the be a bridesmaid. Can you be here for the next 3 days?” “Yep.” I added, as calmly as I could. “Good, fill this out.” As he hands me the coveted SAG Voucher the angels all sang “Hallelujah!” as the world moved in slow motion for that split second. I ended up with 4 Vouchers by the end of the week, and just like that I became Sag-Eligible. I cried with so much joy, when I received my SAG invitation letter, put the entire amount to join on a credit card (which took me over 3 years to pay off), and I was off to the races.

But, it still wasn’t going to be easy. I had only checked off the first box. Little did I know, there
was still more heartache to be had, downs and outs. But there were also, ups and ins. But,
let’s just save that for another time.

The point of this story? Is that everyone started at the beginning. Everyone had no credits at
one point in their life. Some people’s roads are easier, and some are not. But one thing’s for
sure, never stop hustling, because there is no guarantees in this industry. Work hard, be kind,
and the seeds you sow, will sprout a seedling. It’s an artist’s job, to keep watering, and keep
growing. That’s how we become beautiful, strong, and admired.

Out of 16,476 submissions for a national union commercial we are able to see 120 actors. This is not to discourage anyone but to count every audition as a opportunity to act and have fun! And if you weren't right for this one you will be for another so keep on going!

Let’s Talk Babies Shall we?  This has been something that I had gone back and forth with being in this industry.  See, I was married now for 3 years, and I knew I wanted kids, but dang it, I hadn’t broke as an actor, yet.  How can I support a kid when I...